Why Ask a Discrimination Barrister?

As a discrimination barrister Spencer sees how tribunals apply discrimination law in practice.   He sees first hand how cases can be won or lost by taking a particular approach to the evidence or law.    Spencer can give you advice and guidance on how to defend or bring a claim, using this experience.   He can also give you practical and straight forward advice no whether your claim or defence is likely to succeed.   If you would like to instruct Spencer through the Direct Access Scheme click here to find out more.

Section 13 of the Equality Act 2010 contains the statutory test for direct discrimination and provides:

(1)     A person (A) discriminates against another (B) if, because of a protected characteristic, A treats B less favourably than A treats or would treat others.

The question of whether treatment is “because of” disability does not depend upon an examination of the Respondent’s motives (Amnesty International v Ahmed [2009] IRLR 884, EAT, per Underhill J at paras. 31 to 37). The fact that the Respondent considered its motives to be innocent or that it did not consider its actions were related to disability is irrelevant because direct discrimination cannot be justified. The relevant question is whether the treatment in question was “because of” disability in the sense that disability was an effective or operative cause, or had a significant influence on the outcome.

Section 19 of the Equality Act sets out the concept of indirect disability discrimination in domestic law.

Indirect disability discrimination claims can be particularly complicated.  They are also relatively new.  The concept of indirect discrimination was introduced into domestic law by s.19 of the Equality Act 2010 on 01 October 2010 and so there is little specific guidance available from the higher courts.

Some commentators have suggested that the addition of indirect disability discrimination adds nothing to the protection afforded to disabled people by the reasonable adjustments duty and s.15 discrimination.  It is difficult to agree with this since both the reasonable adjustments duty and s.15  discrimination are dependent on the employer having knowledge of the claimant’s disability.  The significance of indirect discrimination is that it is proactive not reactive and that advance knowledge is not required before liability is imposed. A sign prohibiting dogs from being brought into a building is likely to indirectly discriminates against visually impaired people (if it is not justified) even if the owner does not know anybody who might be affected. 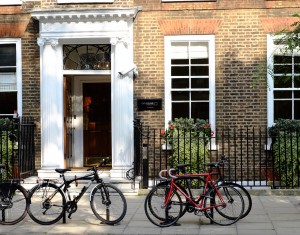 How to appoint Spencer

Please call Spencer on 07717 721204 to discuss your needs.
Alternatively, please email keen@oldsquare.co.uk or use our contact form to get in touch.